A journey through film as I love it 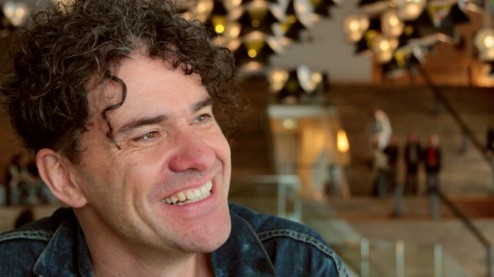 Cousins explains his subjective history convincingly. Makes connections between pioneers and the inspired. Continiously reinforcing his observations with its own voiceovers, self shot interviews and eloquent metaphorical pictures. The only question that arrises after each screening is: why is there absolutely no young audience at this super inspiring documentary series?
Check out the The Story of Film in EYE